India is a land of overwhelming richness, both in its landscapes and among its people. Snow-capped mountains line the northern border while palm-fringed beaches line the southern coastlines. 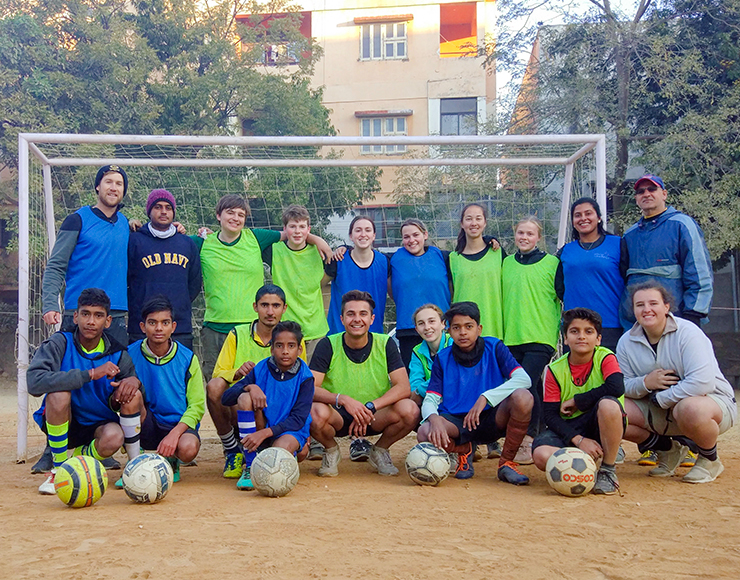 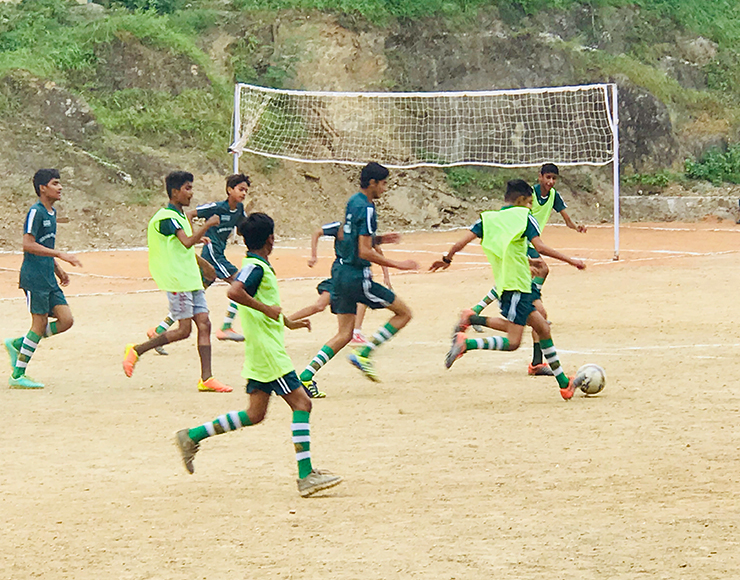 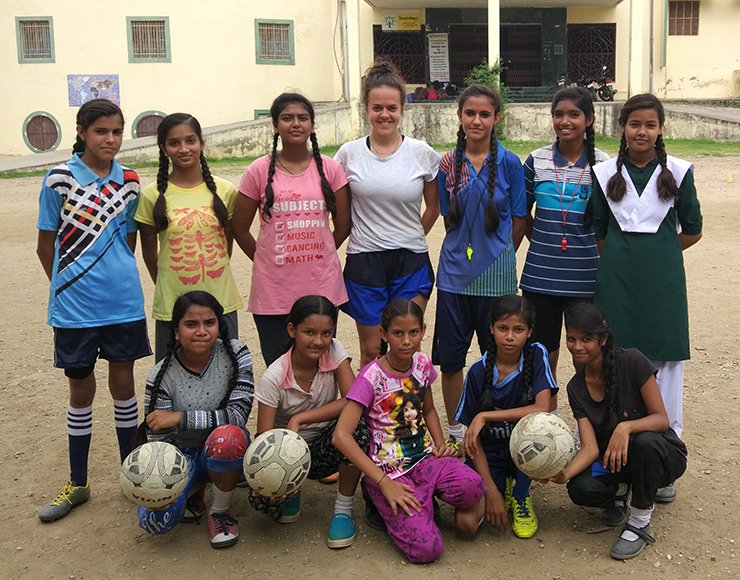 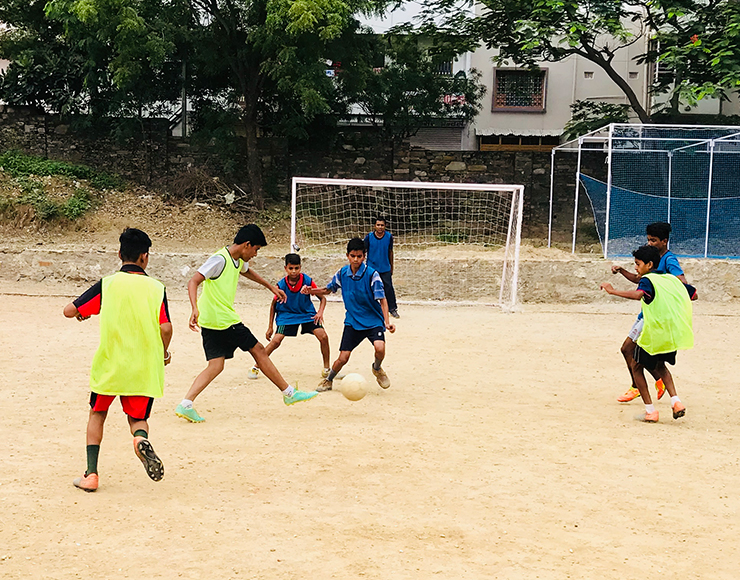 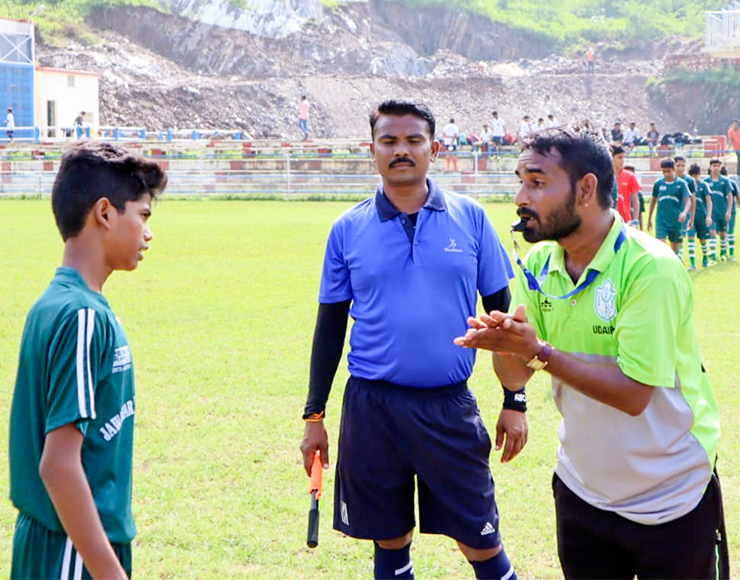 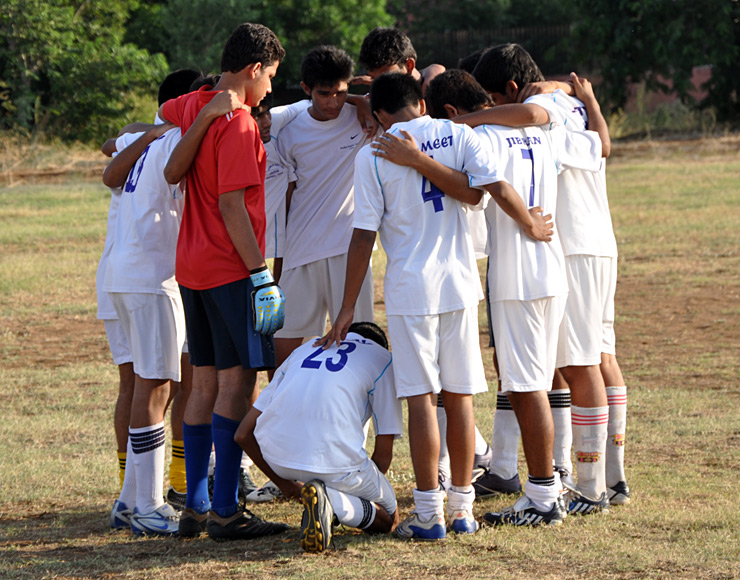 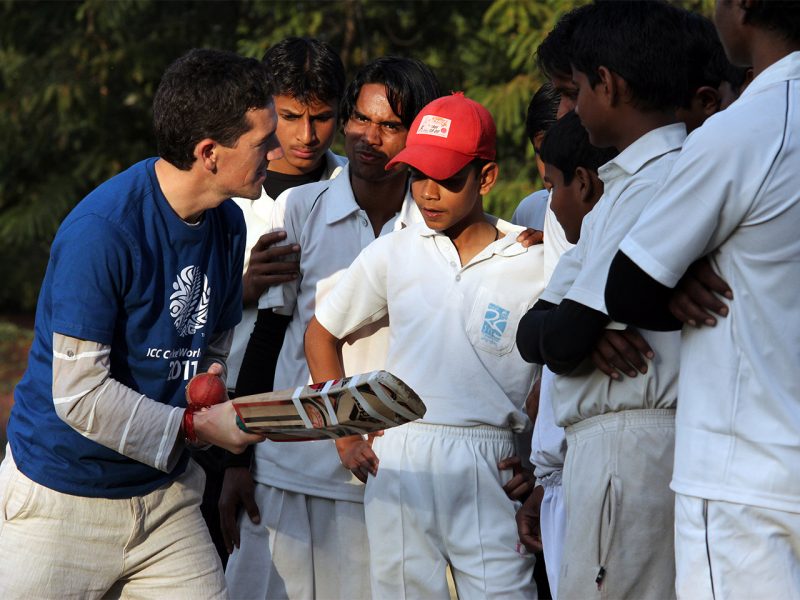 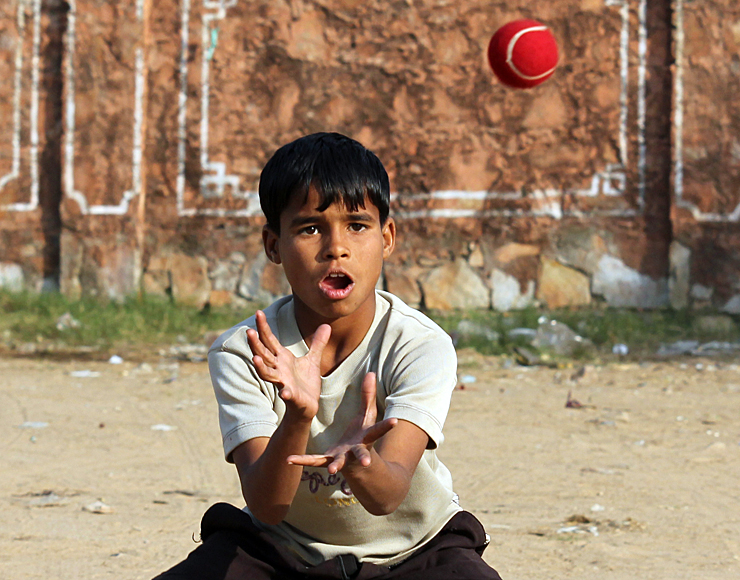 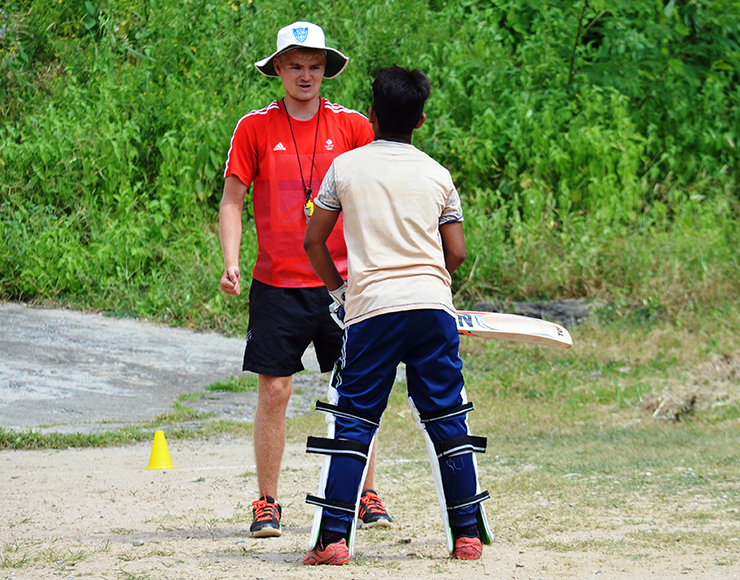 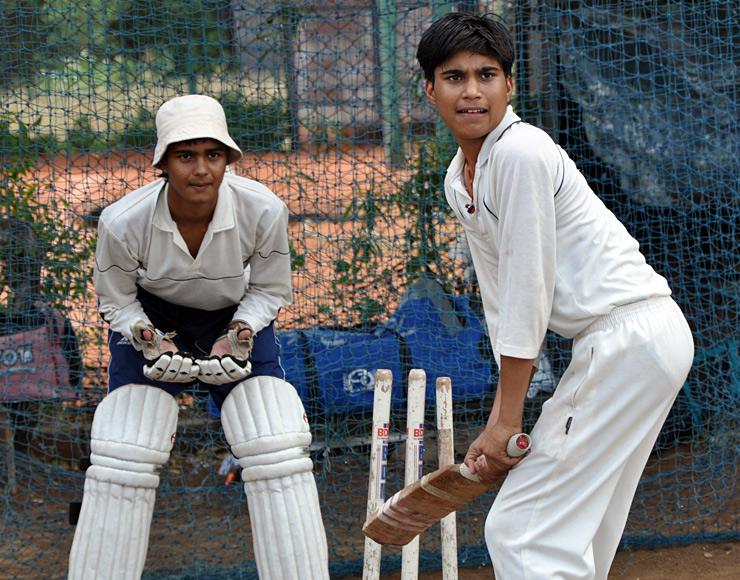 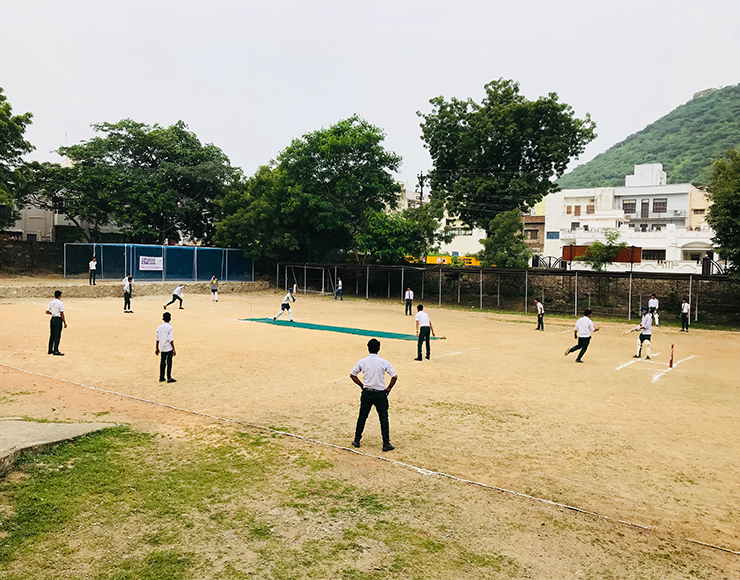 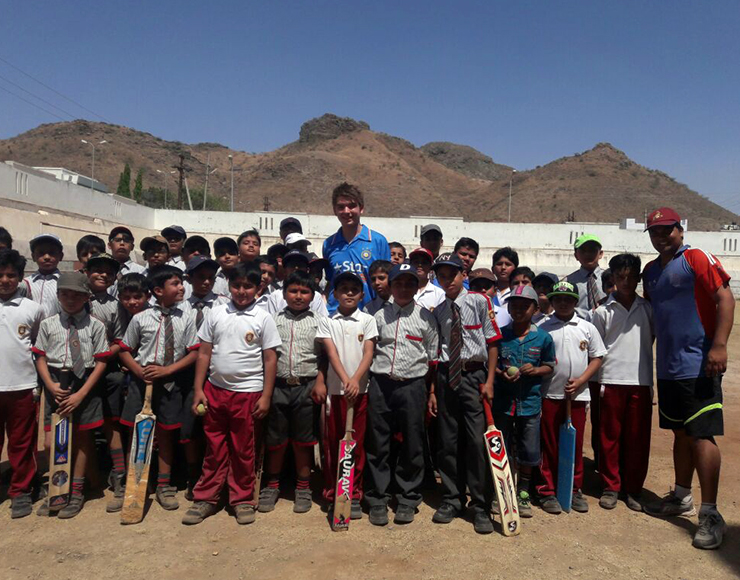 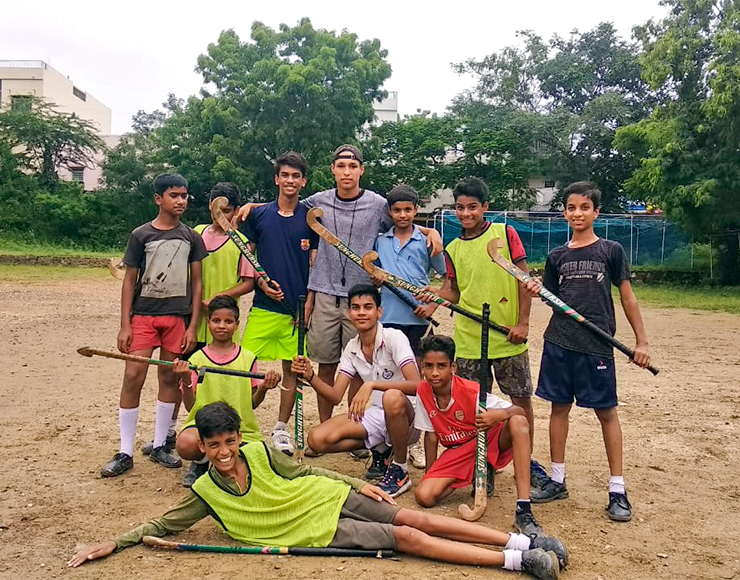 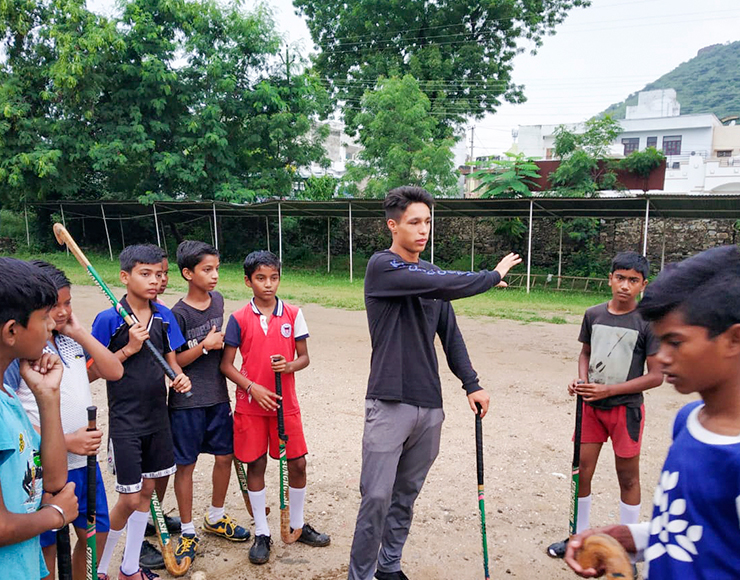 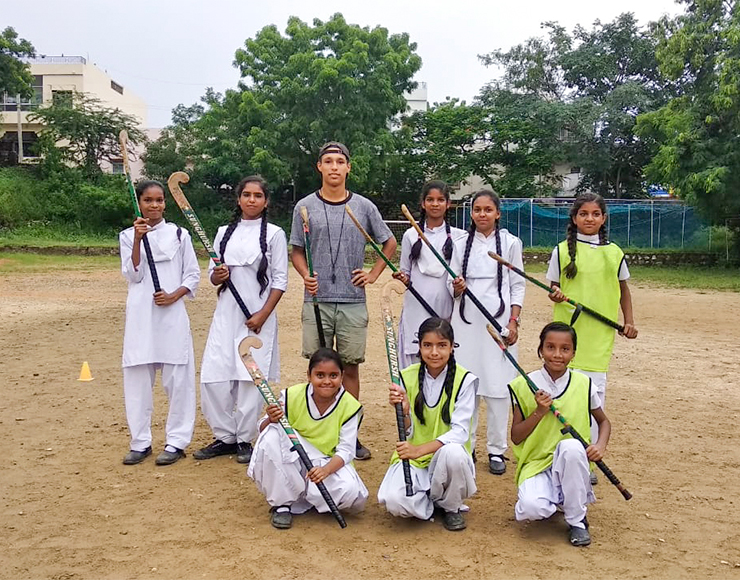 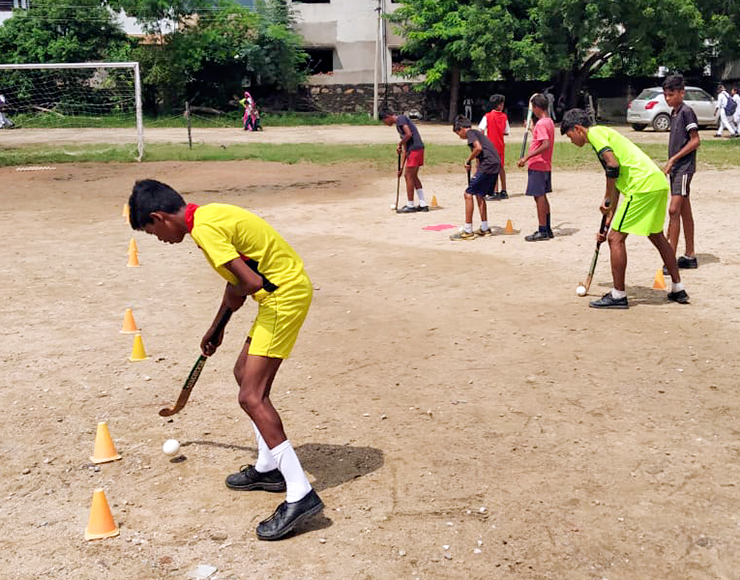 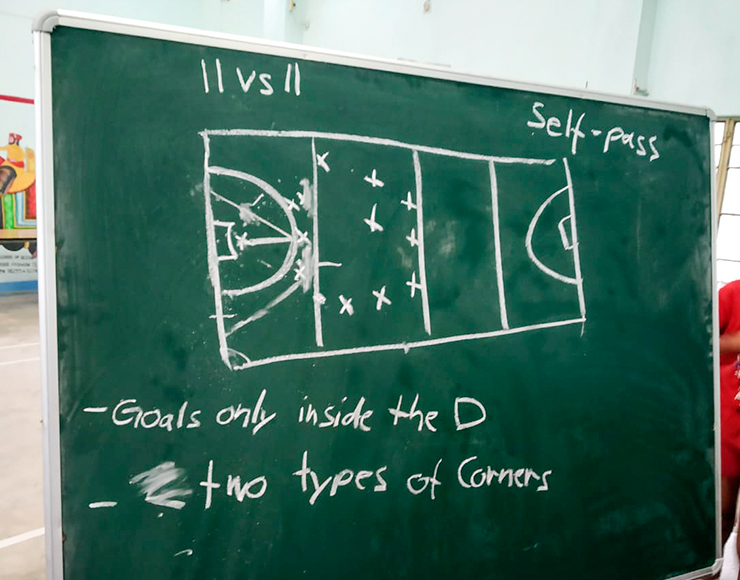 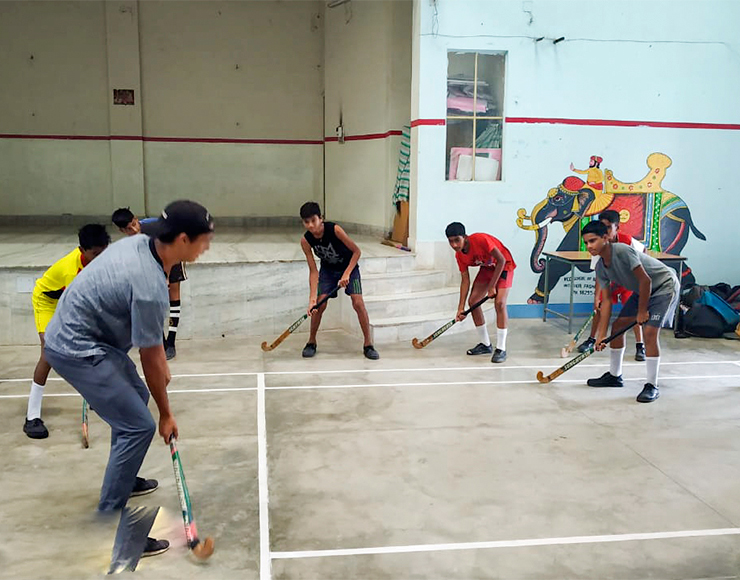 Tribal villages co-exist with cosmopolitan cities. Modern India has also become an epicentre for business in Asia with its political and commercial influence steadily on the rise. However, while business thrives in India’s cities, over 250 million people still live below the poverty line. This is why India needs volunteers like you to work on a number of impacting community projects.

When you think of sport in India, it is hard not to make an instant connection to this country’s love of cricket. Cricket is like a religion in all areas of India, with one of the highest value sports leagues in the world in the IPL, it is easy to see why! As well as cricket India has a new found love for football, with many players close to retirement being tempted to the new ISL soccer league.

The Republic of India is located in Southern Asia, bordering the Arabian Sea and the Bay of Bengal, between Burma and Pakistan. India’s bordering countries are Bangladesh, Bhuta, Burma, China, Nepal and Pakistan.

The first great Indian empire was carved out by the Indus Valley Civilisation, commonly referred to as the Harrapans. They constructed cities, established trade routes and introduced religious deities that have now evolved into the modern day Hindu gods of Kali and Shiva. The Aryans followed the Harrapans. They established the caste system and wrote the sacred teachings of Buddhism and Hinduism, known as the Vedas.

In 326BC, Alexander the Great invaded India. The attack was short lived and the Mauryan Empire soon became the ruling force over much of the Indian Empire. Political and religious stability was achieved and the caste system grew steadily during this period. Ambassadors for the Buddhist faith were dispatched to ‘spread the word’ in Sri Lanka and Nepal. However, the unified India became divided throughout the next 1000 years, with the Vijayanagar Empire seizing control over the south and the Guptas ruling in central India. These pockets of power were later amalgamated by, perhaps, the most famous Empire in Indian history – the Islamic empire of the Mughals. The Mughal Empire brought architectural grandeur and gigantic leaps in art. Many of these symbols still exist today, including Agra’s Red Fort, Hamuyan’s Tomb in Delhi and Shah Jahan’s Taj Mahal.

The Mughal Empire ruled from the 16th century until European expansionism saw the rise of the British East India Company in Asia. The British become the dominant colonial power in India, their influence spreading from Kashmir in the north down to Tamil Nadu in the south. The British Raj ruled for over 150 years, exploiting India’s natural resources and imprinting their culture on the country. The British were soon resented throughout the empire and uprisings became commonplace. Such unrest eventually led to the independence from the British in 1947. Much of this victory was thanks to one of India’s most famous and well loved figures – Mahatma Ghandi. However, this break from British rule led to the Hindus, Sikhs and Muslims fighting to assert their place on the Asian continent. Sadly, this has been the cause of much bloodshed, particularly between Pakistan and India where Kashmir has been a hotspot for fighting and civil unrest.

India’s history is certainly a turbulent one, but political and economic stability in recent years has seen the country emerge as a leading international figure, particularly in politics, business and e-commerce. Nevertheless, India is still home to vast regions of deprivation and millions continue to live in poverty.

Hindi is the most widely spoken language in India and the primary tongue of over 40% of the population. There are over 14 official languages, but English is widely spoken and seen as the most important language for political, social and commercial communication.

There is no simple definition of an Indian meal. The food is as diverse as the country’s landscape. And not all Indian food is hot and spicy, as many assume. There is a wide variety of mild dishes, flat breads and sweet deserts that make up India’s cuisine. Each region has its own specialities, so you will discover new dishes and flavours as you explore the country. Indian food is often eaten with the hands but you should always use your right hand and never let food pass the first joint of your fingers. Your fingers should also never touch your mouth directly.

India is a vast country which means the climate various significantly between regions. While the northern areas of Jammu and Kashmir are doused in snow, the central plains receive baking sunshine. Temperatures increase to around 45°C from February to May before the monsoon season starts. Although it doesn’t rain all day in the monsoon season, there are heavy downpours every day. The monsoons end in October time and a period of pleasant sunny weather lasts to February time for the majority of India. In the north, October brings a much colder climate. The Himalayan region of Kashmir, Ladakh and parts of Himachal Pradesh are covered in snow and many mountain passes are closed for the winter.

Air: India is huge country which makes travelling by plane a very attractive option. The local airlines are reliable and there are plenty of departures between the key cities and tourist destinations. Prices are reasonable, but booking tickets can sometimes be tricky.

Rail: travelling by rail is one of the most popular options in India, not only because of the reliability and affordable tickets, but because you will get see some of the most spectacular landscapes rolling past your window. You will also get to mingle with locals from all sorts of class backgrounds. However, be prepared for long travel times. The journey from Delhi in the north to Chennai in the south is around 30hours! Nevertheless, rail travel in India is an adventure in itself. There are six seat classes to choose from: First class with air conditioning (1A), Second Tier with air conditioning (2A), Third Tier with air conditioning (3A), Chair Car (CC), Sleeper Class (SL) and Second Class (II). On hot days, air conditioning is highly recommended and for longer journeys, Sleeper Class is the most popular choice. Finally, make sure you leave enough time to book your ticket at the station before departure – at least half a day is recommended.

Bus: India’s bus network is fantastic for short journeys, particularly between towns and cities. However, for longer trips, buses can be an uncomfortable option due to their basic seating and India’s unkempt roads. Buses tickets are also very affordable.

Rickshaws, Tuk-Tuks and Taxis: rickshaws and tuk-tuks are very cheap and the authentic means of Indian travel. Make sure you agree prices before you set off and do feel free to haggle your driver down – it’s expected. Rickshaws are bicycle powered, so expect them to be slower than tuk-tuks which are the motorised version. Taxis are slightly more expensive and you should make sure the meter is working before you start your journey. Also ensure that your taxi has an official rate card. You can then compare your final meter reading with the rate card – many of the meters are very old and have the tendency to be inaccurate. Finally, be prepared for your driver to take you to various shops and restaurants as they are on commission for doing so. If you really don’t want to visit these sites, politely and firmly refuse.

India is renowned for sporting excellence, especially in cricket and hockey. Professional cricketers are treated like celebrities and thousands of children dream of being India’s next test cricketer. Sport in India is like religion for many. India is therefore the perfect destination to coach sport or play sport. Sport in India is sadly limited to the few who can afford it which means sport is nonexistent in many schools. Furthermore, while cricket and hockey receive a lot of focus, children are passionate about other sports, including football, athletics, netball and basketball. Therefore, by becoming a sports volunteer in India, you can give children access to sporting opportunities that they would not otherwise receive. So check out or sports projects and discover sport in India for yourself.

India is a diverse nation with pockets of extreme wealth paralleled with vast regions of severe poverty. India therefore needs volunteers in many areas and our sports projects give enthusiastic volunteers the chance to volunteer in India and make a real difference to developing communities. Volunteering in India will be a life-changing experience for anyone who wants to volunteer alongside other outgoing volunteers in a captivating country. So, if you’re considering a volunteer experience abroad, make sure you consider our volunteer projects in one of Asia’s most breathtaking countries. Volunteering in India will change you forever.