It’s not hard to see why Costa Rica was christened the “Rich Coast” by Columbus’ New World explorers back in 1502. It is host to some of the most stunning landscapes and friendliest people Latin America has to offer. 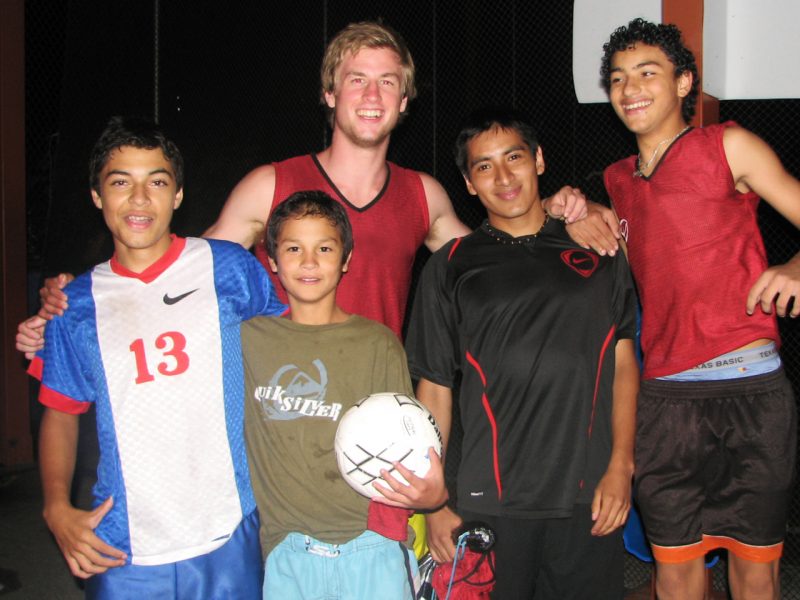 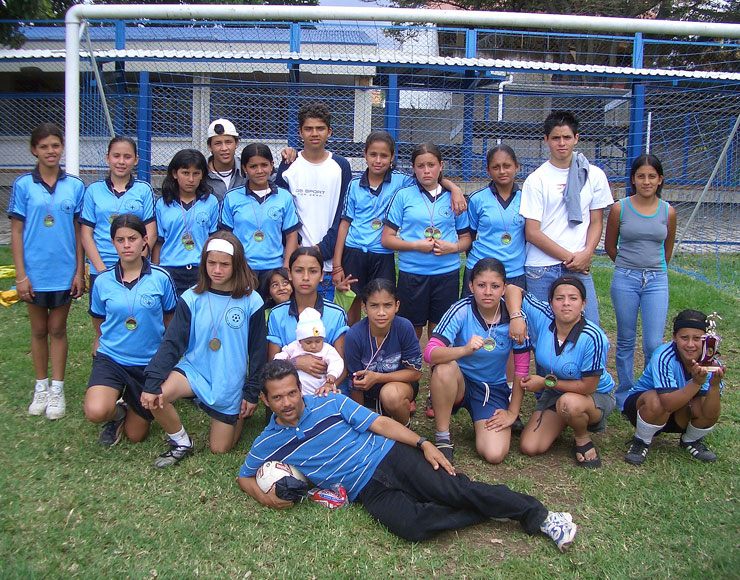 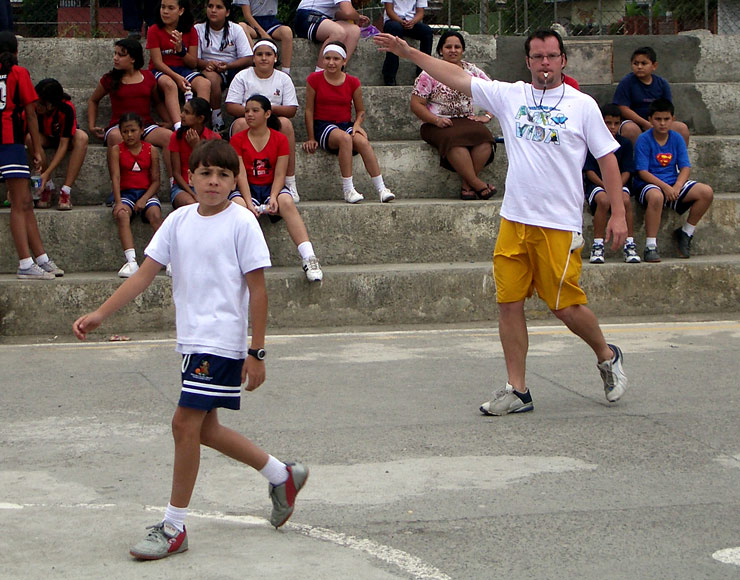 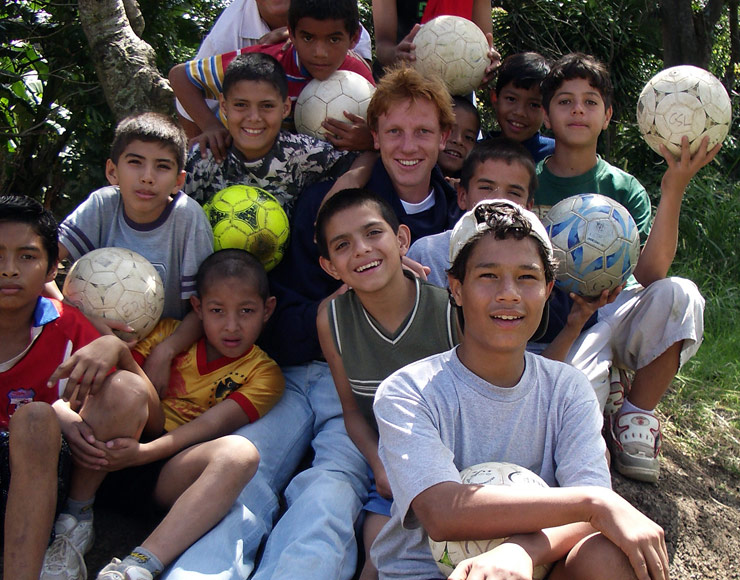 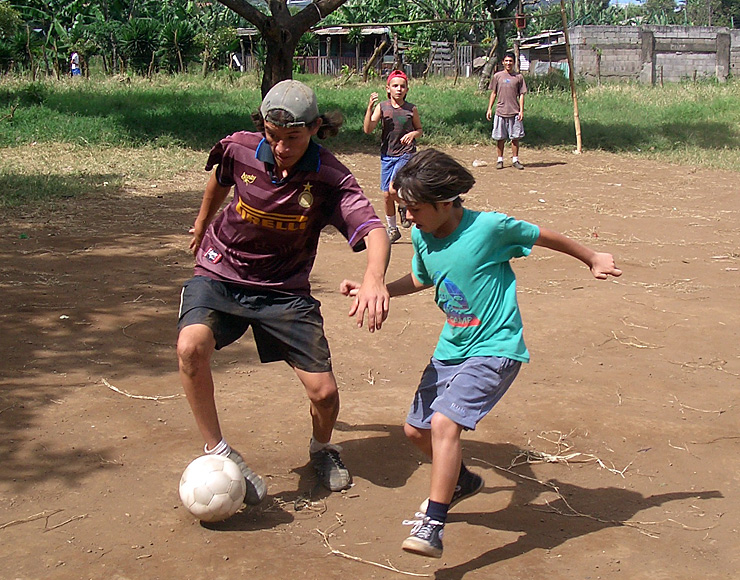 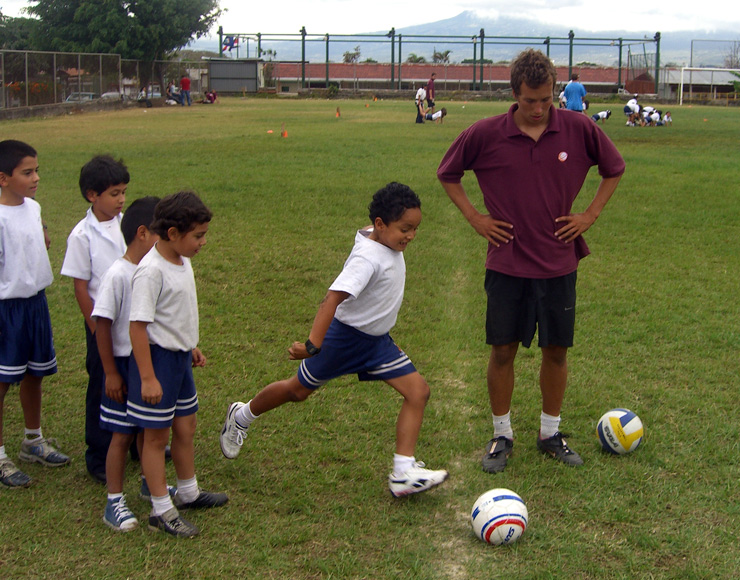 Costa Rica has become a traveller’s haven with its diverse adventure opportunities and unmatchable beauty. The capital, San José, is full of great places to see, containing many bars and restaurants that provide authentic Latino entertainment, including the number one dance – Salsa. San José is literally ‘slap-bang’ in the middle of the country which makes it a very easy base to travel out from. And, because Costa Rica is about a fifth of the size of the UK, it makes travelling short, quick and cheap!

Beyond San José, there are countless places to visit. You could enjoy the adrenaline-rush of sliding down a zip-line through the Monteverde cloud forest, or travel north and visit the active volcano of Arenal. Or head East to Cahuita beach to swim, surf and snorkel in the clear Caribbean waters, whilst sloths hang from the trees and the locals play reggae. Or perhaps you might watch sea-turtles hatch from their nests on the shores of Tortuguero. And then there’s Corcovado in the south which is home to some of the world’s most colourful tropical birds, the majestic jaguar and the deepest emerald canopies you could ever imagine. And with scuba diving, sports fishing and whitewater rafting, if you’ve got a taste for adventure, there’s more than enough to whet your appetite!

The Republic of Costa Rica

Costa Rica is a democratic, free and independent republic

The official language of Costa Rica is Spanish, however English is also widely spoken.

24% of the population live below the poverty line

Tropical country, due to its close proximity to the Equator there is little variance in the climate with each season

Where is Costa Rica?

The Republic of Costa Rica lies south of Nicaragua and north of Panama in the heart of Central America. Because it is between two continents and two oceans, this convergence of land and water makes the region a great bottleneck, rich in ecological diversity. It is a relatively small nation, being around a fifth of the size of the UK.

Costa Rica has five million inhabitants and is home to a mixture of African, European and even Chinese descendants. About half of them live around San Jose, in the Central Valley. Costa Ricans (ticos) come predominantly from the mixture of European and indigenous heritage. Known for their easy-going lifestyle, you will find this race of people incredibly friendly and hospitable. You will also get ample opportunity to practise your Spanish with them.

Noble homeland, your beautiful flag
Express for us your life:
Under the limpid blue of your skies,
Peace reigns, white and pure.
In the tenacious battle of fruitful toil,
That brings a glow to men’s faces,
Your sons, simple farm hands,
Gained eternal renown, esteem and honour,
Gained eternal renown, esteem and honour.
Hail, gentle country!
Hail, loving mother!
If anyone should attempt to besmirch your glory,
You will see your people, valiant and virile,
Exchange their rustic tools for weapons.
Hail, O homeland! Your prodigal soil
Gives us sweet sustenance and shelter.
Under the limpid blue of your sky.
May peaceful labour ever continue.

The staple diet consists of black beans, rice, and meat, fish or chicken. Salads, fruit and plantain often accompany meals. The coffee in Costa Rica is excellent so definitely worth a try. However, western culture has left its mark, and there are an increasing amount of fast-food places springing up around the towns, just in case you feel like you need a burger and chips!

A typical Costa Rican dish is Gallo Pinto. Eaten nationwide either for breakfast, lunch or dinner you therefore stand a pretty high chance of trying this dish whilst in the country. Many visitors with us organise a fundraising event to raise some of the cost of their trip. Fundraising is also a great way to tell people what you are getting up to overseas so you might want to include a typical Costa Rican dish for people to try as part of a cultural evening.

The most widely spoken language in Costa Rica is Spanish (97% of the population), although basic to intermediate English is taught in most schools. There are also other native languages used mostly within the indigenous reserves. As part of your stay with us, you will have the opportunity to join a Spanish language course. Learning in the community is not only the best way to learn a new language but you will also be developing your own skills which could be a very important factor in whatever career path you choose to take. Being good at languages or having the ability to learn a language quickly is an important factor if you want to do a Costa Rica placement so please consider this before you apply.

Much of the music of Costa Rica reflects African, even pre-Columbian, as well as Spanish roots. Ticos love to dance. By night, San José gets into the mood with discos hotter than the tropical night. At weekends, rural folk flock to small-town dance halls and the Ticos’ celebrated reserve gives way to outrageously flirtatious dancing.

Throughout the year, you will find many organised events from the El Desfile de Carretas (The Parade of Carts) to the Festival de la Luz (The Festival of Lights) and Fiestas Patronales (Street Fairs). Each province throughout the country also has its own Fiesta Patronal where locals come together to dance and celebrate and watch the bloodless bullfights. You will also come across styles of Salsa, Calypso and Classical traditions, all reflecting the spirit and rhythm of Costa Rican’s love for music and an opportunity to party.

Before you come to Costa Rica, you may want to check the sounds of the culture by purchasing a CD. This again may be something you want to use for a fundraising event and would be a good excuse to get people out of their seats and dancing!

During your stay, you’ll have plenty of time to get to meet both locals and travellers. From warm, turquoise waves, red, oozing magma, and dripping cloud forests, to bustling markets, tropical fruit and bright hand-painted oxcarts, Costa Rica offers endless opportunities to experience and explore. The capital, San José, is full of great places to visit and you’ll get the opportunity to visit many of the bars and restaurants that provide authentic Latino entertainment, including the number one dance – Salsa.

Beyond San José , there are many places to visit. You could enjoy the adrenaline-rush of sliding down a zip-line through the Monteverde rainforest, or visit the active volcano at Arenal. Or head down to Cahuita beach to swim, surf or snorkel in the clear blue waters, whilst sloths hang from the trees on the beach-side. Or perhaps you might watch sea-turtles hatch from their nests on the shores of Tortuguero. Our in-country team will be happy to advise you on what to do and see around the country.

Costa Rica can also boast that it is the country with the highest percentage (25%) of its territory designated as protected areas: Forest Reserves, Biological Reserves, Nature Shelters, and, of course, National Parks, so you will be in for a treat. In addition, travel is short, quick and cheap!

It is important that you are fully prepared for your trip and that you are aware of the potential risks involved. Health care in Costa Rica is very good and sanitary standards are high. First class hospitals are found throughout San José and some of the other largely populated areas. Since long ago, diseases such as malaria and yellow fever were eradicated in Costa Rica. There are no special vaccine recommendations for travellers but you should make sure the necessary boosters for use in Britain are up to date; typically tetanus, hepatitis A and typhoid.

We recommend that you seek professional medical advice before going. You may also want to take a look at the NHS travel website (www.fitfortravel.scot.nhs.uk ) which provides country-by-country advice on immunisations and malaria and a list of relevant health organisations.

We consider the welfare of our volunteers extremely important. Although you will get a lot of support and guidance whilst staying with us, it will be impossible to be by your side all the time. Our team will assist you wherever possible and recommend the must-see places to visit. However, you may want to put in a bit of preparation before you depart so you feel well informed about Costa Rica as a country.